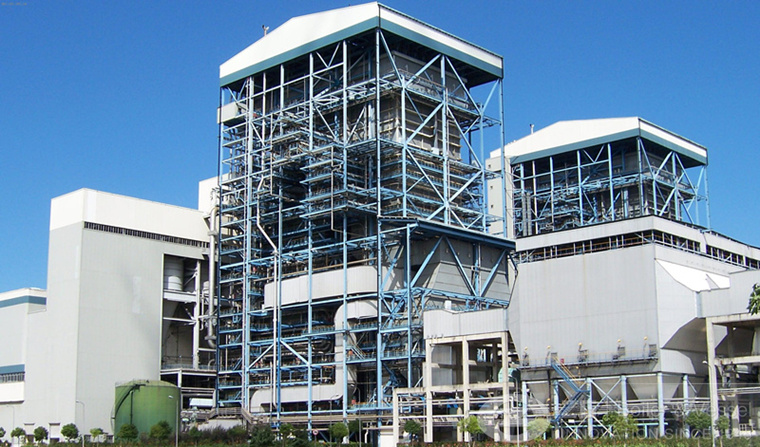 The conversion from coal to electricity takes place in three stages.

The first conversion of energy takes place in the boiler. Coal is burnt in the boiler furnace to produce heat. Carbon in the coal and Oxygen in the air combine to produce Carbon Dioxide and heat.

The second stage is the thermodynamic process.
The heat from combustion of the coal boils water in the boiler to produce steam. In modern power plant, boilers produce steam at a high pressure and temperature.
The steam is then piped to a turbine.
The high pressure steam impinges and expands across a number of sets of blades in the turbine.
The impulse and the thrust created rotates the turbine.
The steam is then condensed and pumped back into the boiler to repeat the cycle.

In the third stage, rotation of the turbine rotates the generator rotor to produce electricity based of Faraday’s Principle of electromagnetic induction.

Bed materials and coal/char particles circulating throughout the furnace and return leg at high velocity, 3-8m/sec

Simplified fuel feeding, pulverization is not required, crushing is sufficient

Pre:Steam Consumption for 1 MW of Electricity